Play of the day: Split Zone with a Keep and Throw

Pittsburgh and several other teams began making this play popular a few seasons ago.  It puts tremendous pressure on a cover 2 defense in which the corner is responsible for force.  The H-Back is trying to get the end to wrong arm so that he can climb to backer.  The quarterback is making his normal zone read.  In this example, he pulls as he sees the corner coming and is able to put the ball in the hole to the receiver. 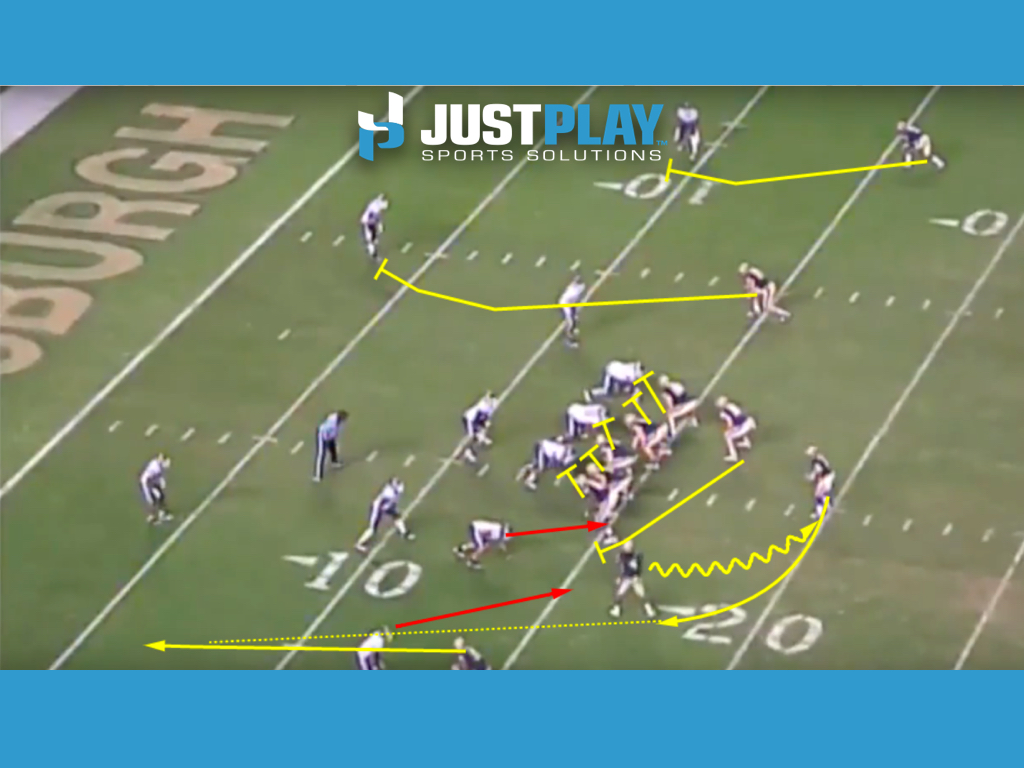 Use Just Play’s user friendly diagramming tools to diagram on your still shots.  This is a very powerful teaching tool.  Click the banner for more information and a free trial.

This was the play that Auburn used against Alabama in the 2013 Iron Bowl prior to the field goal block that won the game.