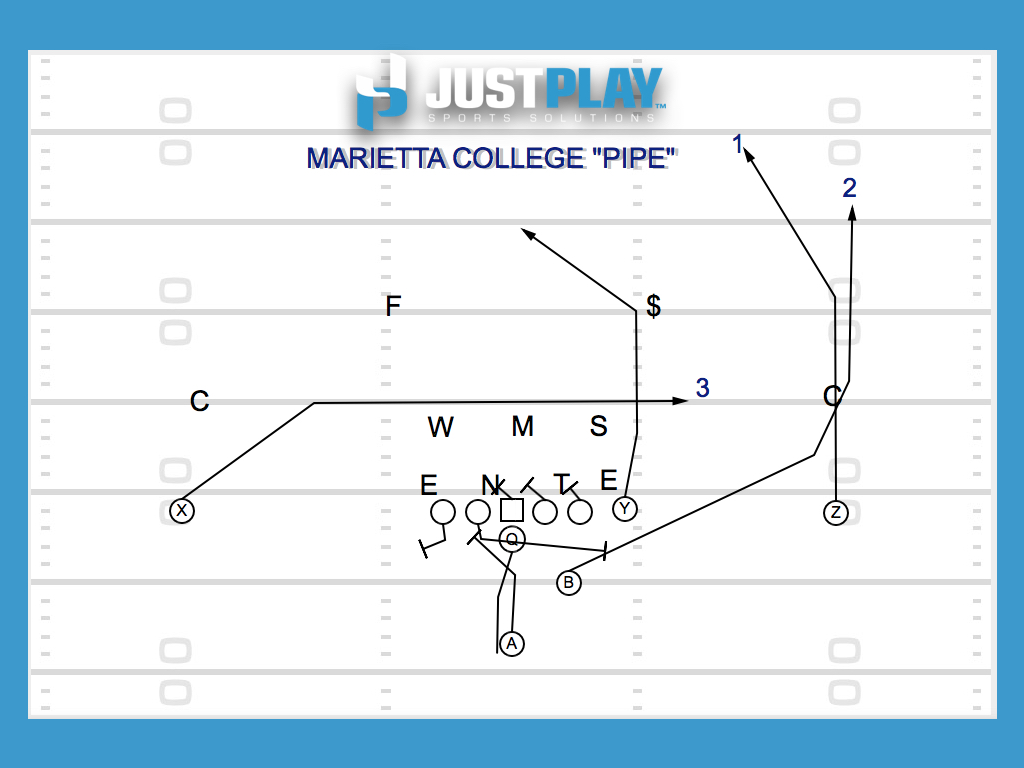 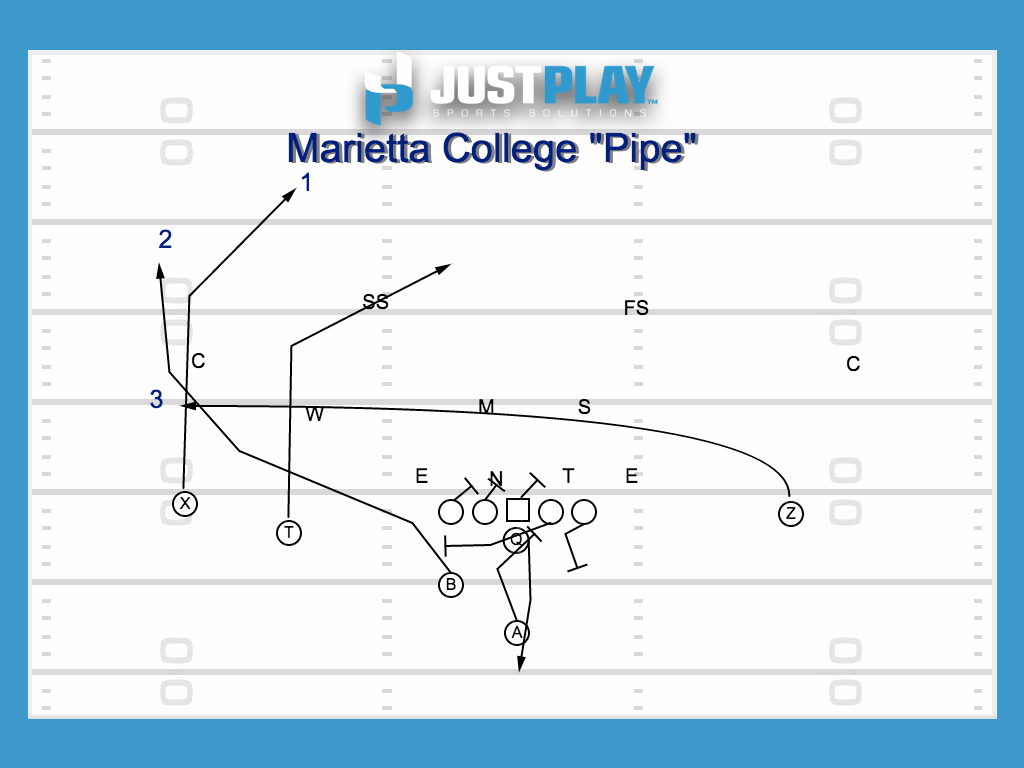 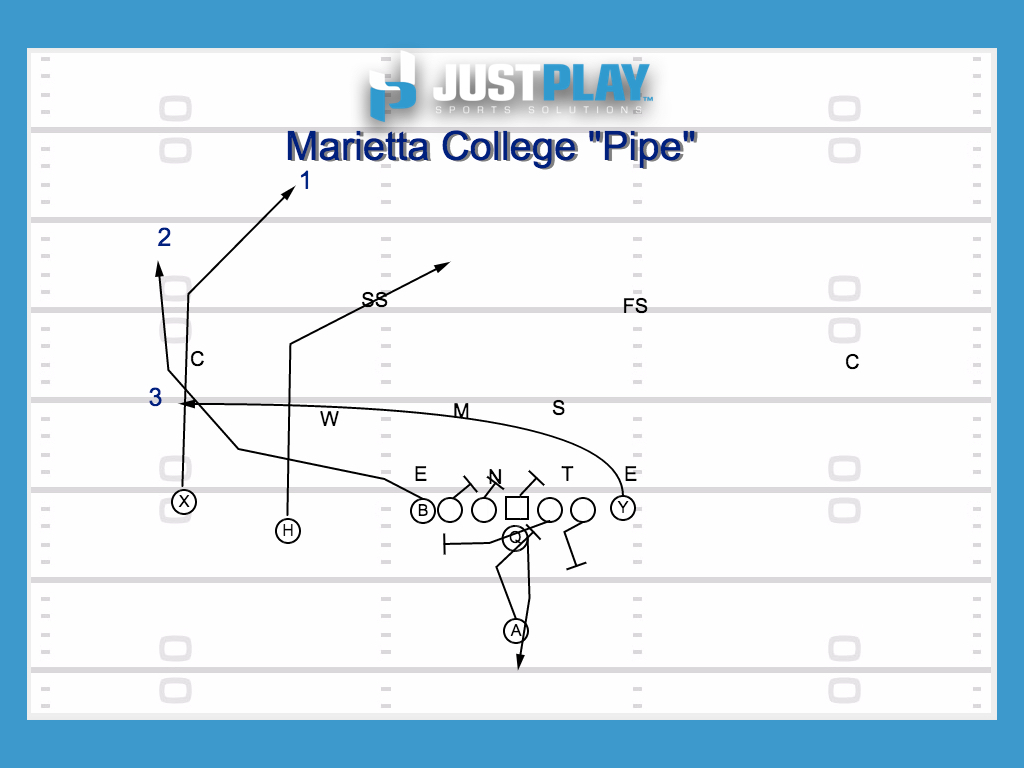 Power has been one of our most successful run schemes in recent years. Developing a play action package off of this scheme was a very important priority for us last season to add to our Spider concept. This concept marries very well to both two and one back power schemes and provides great options for the home run and check down with solid six man protection.

We like the scheme most vs two high defenses in heavier personnel groupings as most teams playing cover four depend on their safeties to add to the run box versus these personnels, especially with against power. Keeping a pulling guard in the play action version helps to control linebacker depth and truly sell the run.

The rules are simple to teach as well. For our offensive line we only change the technique for the puller. Everyone else is blocking base power rules. The pull will look to force the defensive end into a wide rush instead of pulling up to the play side linebacker like he would on power. The running back will take the fake and look to help the center who is replacing the pulling guards.

For the wide receivers the rules are simple and adapt to many formations from a variety of personnel groupings. The front side number one receiver is running a post. He must gain inside leverage and break to the near has with a depth that would cross that hash at 40 yards. The front side number two receiver will run a post as well. He must get the attention of the near safety and cross the opposite hash at 20 yards. The third receiver (could also be a fullback) will run the wheel.

The QB will make the fake using the same action as our power play (could be in gun, pistol, or under) Turn and locate the post by the number one receiver. If the safety doesn’t bite or the corner folds, he will move on to the wheel. If the wheel is capped by the corner or the overhang player runs in phase with the wheel, the QB will check the ball down to the drag.