ASA Community College head coach Joe Osovet (Twitter @coachosovet) has become known for his creative manipulation of defenders.  If you play defense against the Avengers you can count on being wrong more than you are right because coach has a great system for utilizing the read game and run pass options.  “Motorboat” presents a read of the defensive end which essentially turns into naked.  The route of the split end takes the cornerback and provides a natural rub for the tight end on a corner.  This concept provides big play opportunity and can be paired with a number of runs. 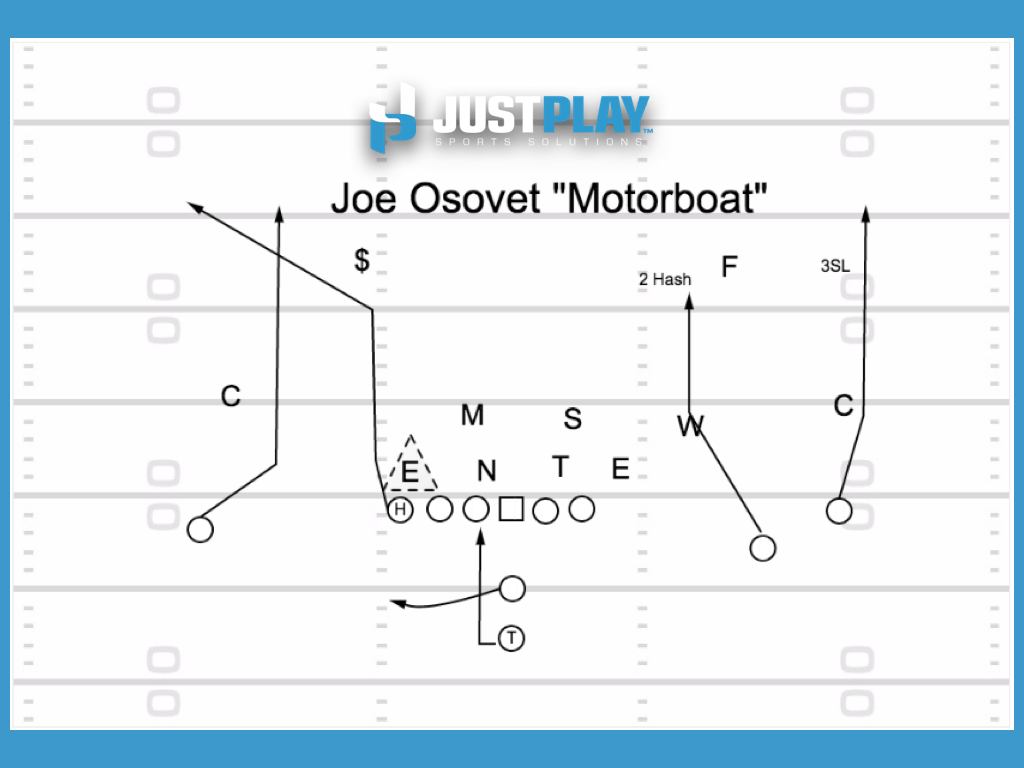 The video shows Motorboat being used with a tackle wrap run.  The defensive end plays the run and allows the quarterback to keep and throw to the tight end for an explosive play.