Play of the Day: Empty Smash with Vertical Switch 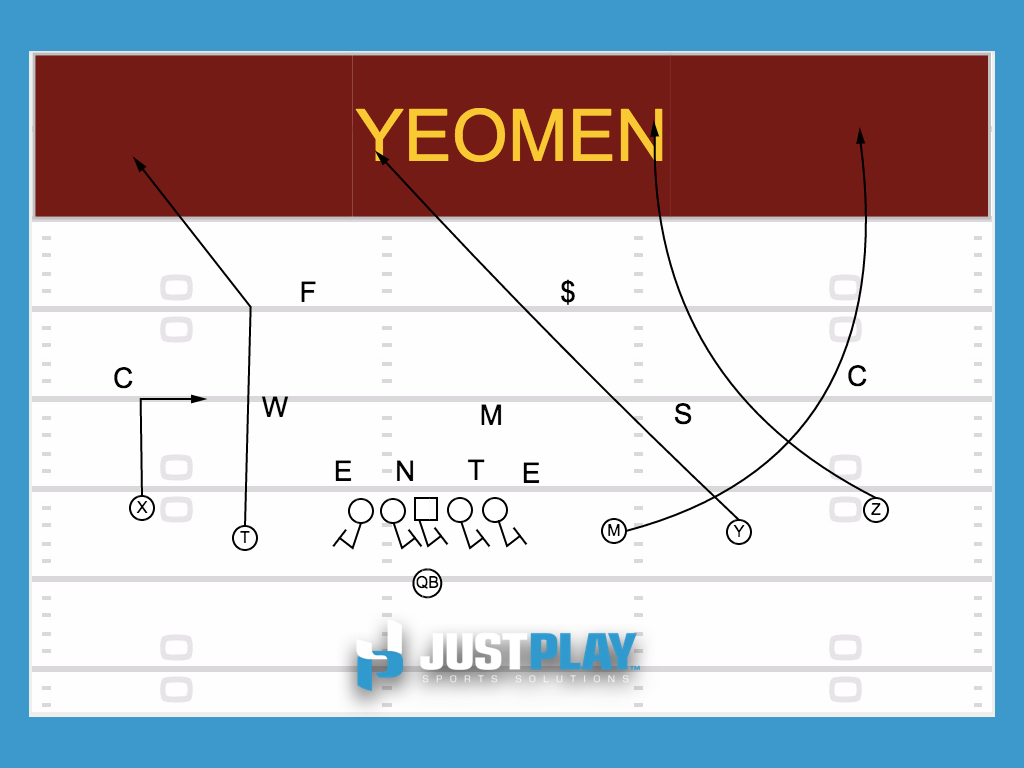 This is a play we developed years ago as a red zone play (around 17-22 yard line is optimal).  It puts major stress on a two-safety defense whether the coverage is 2 or 4.  It is effective against man as well.

The key to the play is the eyes of the quarterback.  We tell him to look at the corner route first and scan all the way across working to the seam coming across to the boundary hash to the field hash to the vertical aiming for the numbers.  You will see each thrown in the set of video clips.

In addition we like this concept because all of the routes can be thrown on the last step of the quarterback’s drop which is effective if the defense decides to send one more than we can protect.