Play of the Day: 2 Man Snag with Wheel

Coach Banks is entered to win a Just Play System for the 2016 season.  You can enter too! Submit your play of the day to keith@justplayss.com 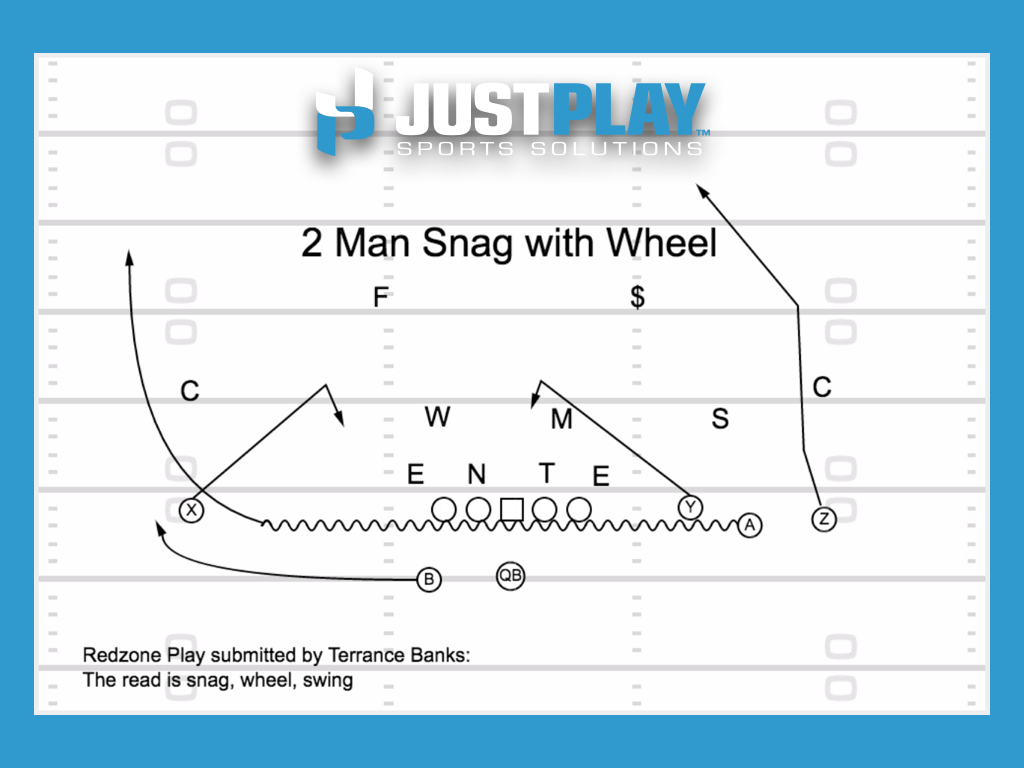 Coach Banks likes this as a Red Zone play.  The quarterback reads from snag to wheel to swing.  By putting his eyes on the snag first he can draw the secondary down and open up leverage for the wheel.  The swing becomes his outlet.

Build your playbook in Just Play!