The Texas A&M Aggies are grinding their way through the college season, as this team of tested veterans has worked its way to a 20-1 record and a ranking of third in the country. The Aggies’ dominance this season has been a true team effort after losing star guard Chennedy Carter to the WNBA. The returning players, along with a few key additions, have built on the success of last season and built themselves into a national title contender.

In 2019-2020, Chennedy Carter led the team to a 22-8 record with 21.3 PPG. Carter was the focus of the offense and was supported by fellow starters N’Dea Jones, Ciera Johnson, Kayla Wells, and Shambria Washington. Aaliyah Wilson played significant minutes off the bench and started nine games when Carter was out with injury. That quintet averaged a total of 48.2 PPG for the Aggies, led by Kayla Wells’s 13.1 PPG.

There is usually some uncertainty about a team when they lose a star-caliber player like Carter, but Gary Blair’s team has gotten better due to the valuable experience of his veterans and the influx of talent such as Jordan Nixon, Destiny Pitts, and Alexis Morris. The 2020-2021 version of the Texas A&M Aggies are winning with tremendous balance throughout the rotation.

This year’s team is averaging six more points per game while increasing their field goal percentage from 44.1% to 47.8%. Aaliyah Wilson is leading the team in scoring at 13.1 PPG, followed closely by N’Dea Jones at 12 PPG. Other veterans are also contributing in double figures with Kayla Wells averaging 11.5 PPG and Ciera Johnson chipping in 10.9 PPG respectively. Newcomers Jordan Nixon (8.8 PPG), Destiny Pitts (7.9 PPG), and Alexis Morris (6.5 PPG) are also adding to the mix.

The incredible balance that Texas A&M is playing with makes them a difficult team to scout. Most scouting reports tend to try to slow down a superstar player or try to make scoring from a particular area difficult. The Texas A&M Aggies make scouting difficult with their balanced scoring sheet and spread-out shot chart. Coach Gary Blair has weapons on both the inside with Jones and Johnson as well as on the outside with Wilson, Wells, Nixon, Pitts, and Morris. The Aggies are a tough team to handle, and if they continue this balance through March, they might just cut down the nets in San Antonio. 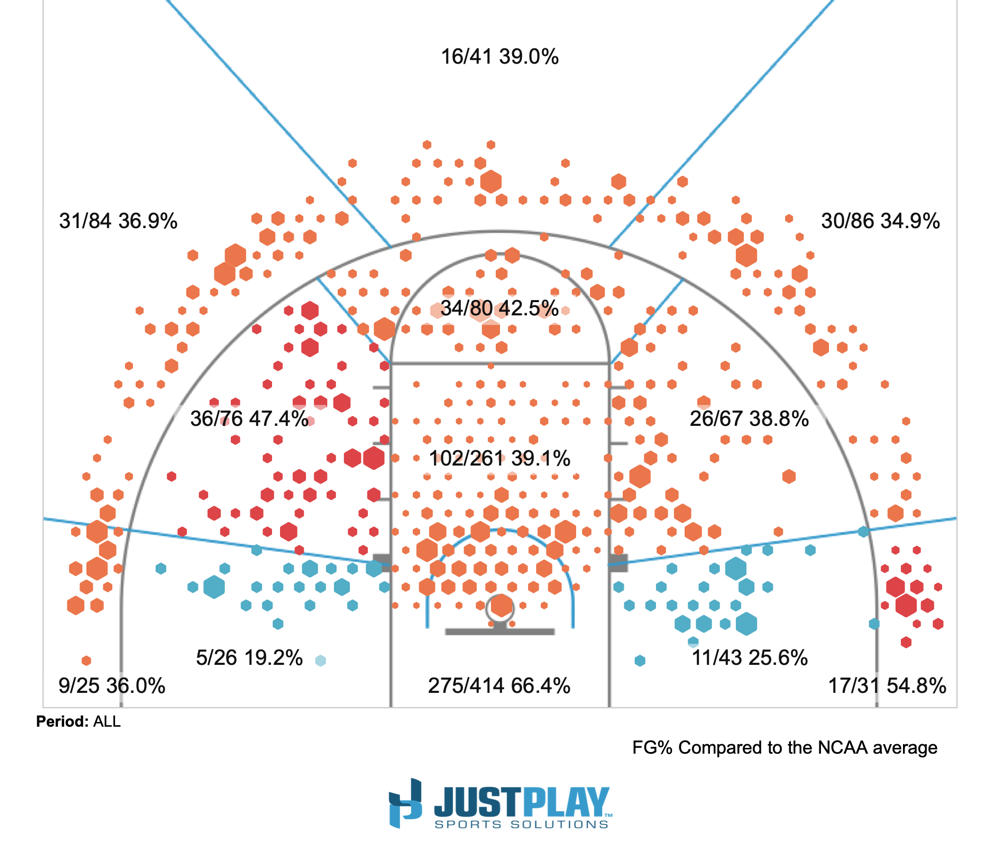