The Iowa Hawkeyes and head coach Lisa Bluder have put together an impressive offense this season. Freshman Caitlin Clark is leading the way with three-pointers from the half-court logo and spinning drives to the bucket. She is the newest stat-stuffer at Iowa, following in the footsteps of another 25-plus PPG scorer, Megan Gustafson. Gustafson dominated from the inside, and Clark is dominating from the outside.

The Hawkeyes are second in the nation in scoring at 87.4 ppg and second in the nation in field-goal percentage at 50.7%. This team is impressive making shots from all over the court, but the majority have come either in the paint or beyond the three-point line. 91% of Iowa’s attempts have come from these two areas. Only 97 attempts so far have been from any other area of the court and almost half of those attempts (42) have come from Clark.

Iowa is an efficient offense, ranking fourth in the nation at 113.2 points per 100 possessions, and a large part of that efficiency comes from how well they shoot the ball and how well they execute their offense to get the shots they prefer. The Hawkeyes have shot 37.9% from the three-point line as well as 78.6% from the free throw line. These high percentages have led to an effective field-goal percentage of 57.6% and a true shooting percentage of 61.3%, both leading the NCAA. They also convert on 60.2% of their paint attempts. 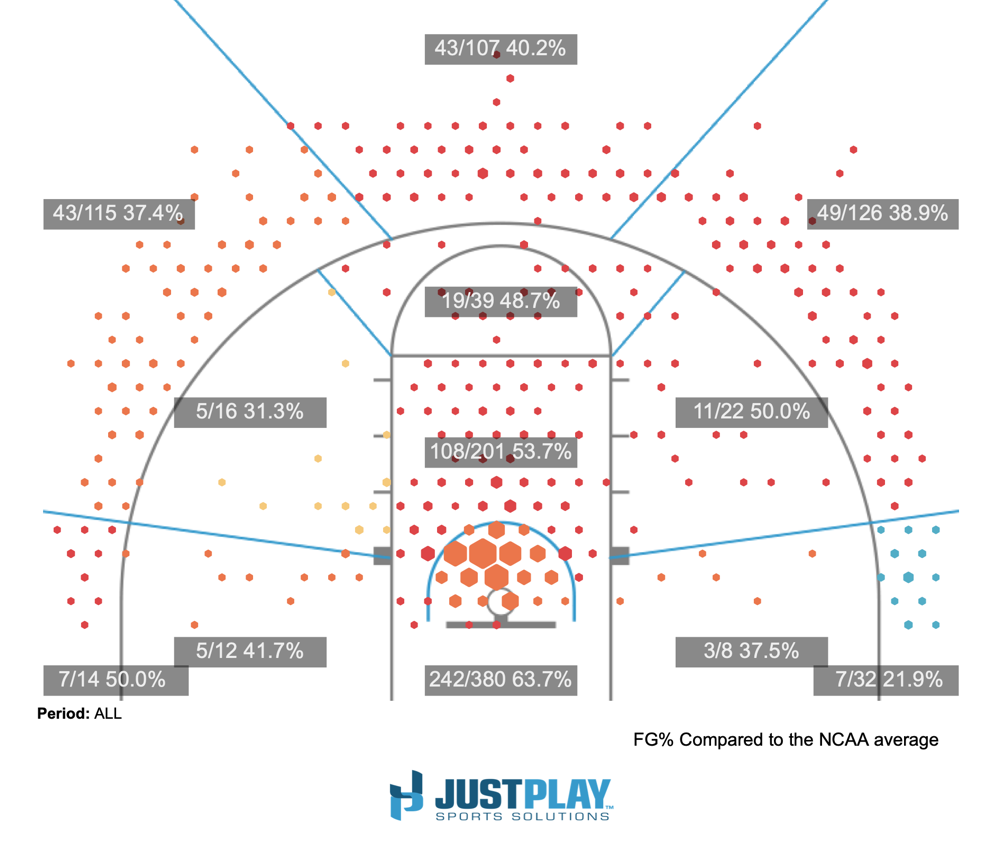 Caitlin Clark leads Iowa’s efficient offense by averaging 26.6 PPG while shooting 46.8% from the floor. She has proven herself to be an effective scorer from pretty much anywhere. Clark has connected on 58.6% of her paint attempts and 83.2% of her free throw attempts. She has also knocked down three-pointers at a 37% clip. Where Clark is a bit different is her ability to score the basketball from the mid-range (non-paint two-point baskets). Clark has connected on 45.2% of the 42 non-paint two-pointers she has taken, making her effective field-goal percentage an impressive 55.6% 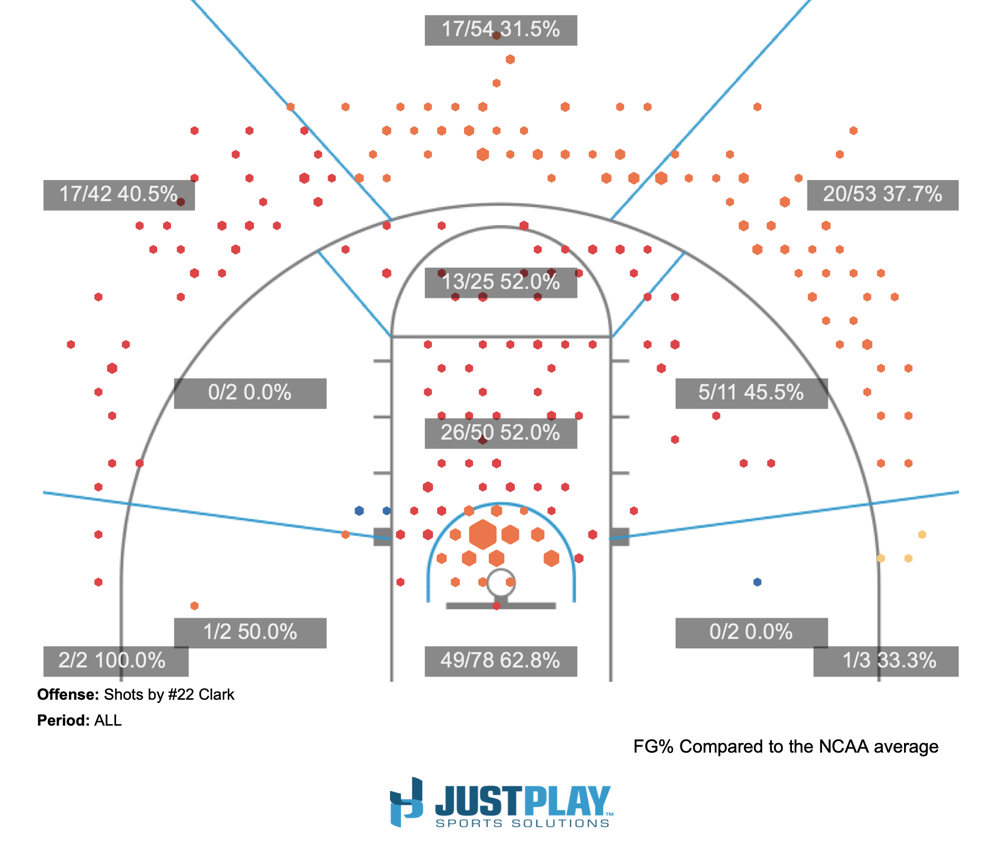 Caitlin Clark of the Iowa Hawkeyes has proven to be a dangerous and efficient scorer from any range on the basketball court. The teams that have been able to hold Clark below her averages have been the teams that have been able to defeat the Hawkeyes by outscoring them, but even then the average margin is only 6.8 points. The only hope for Iowa’s opponents is to find a way to slow Caitlin Clark down because as she goes, so does Iowa’s offense.