Hoop Insights – A Sleeper in the Big Ten

The Rutgers Scarlet Knights are riding a nine-game winning streak headed into the Big Ten Tournament this weekend. Earning a three seed, C. Vivian Stringer’s squad will get a bye into the quarterfinals, and they have done much of this work quietly on the national stage. Rutgers is ranked 19th in the AP poll and 23rd in the Coaches’ Poll. These rankings may have to do with Rutgers only playing 17 games thus far, so let’s take a closer look. 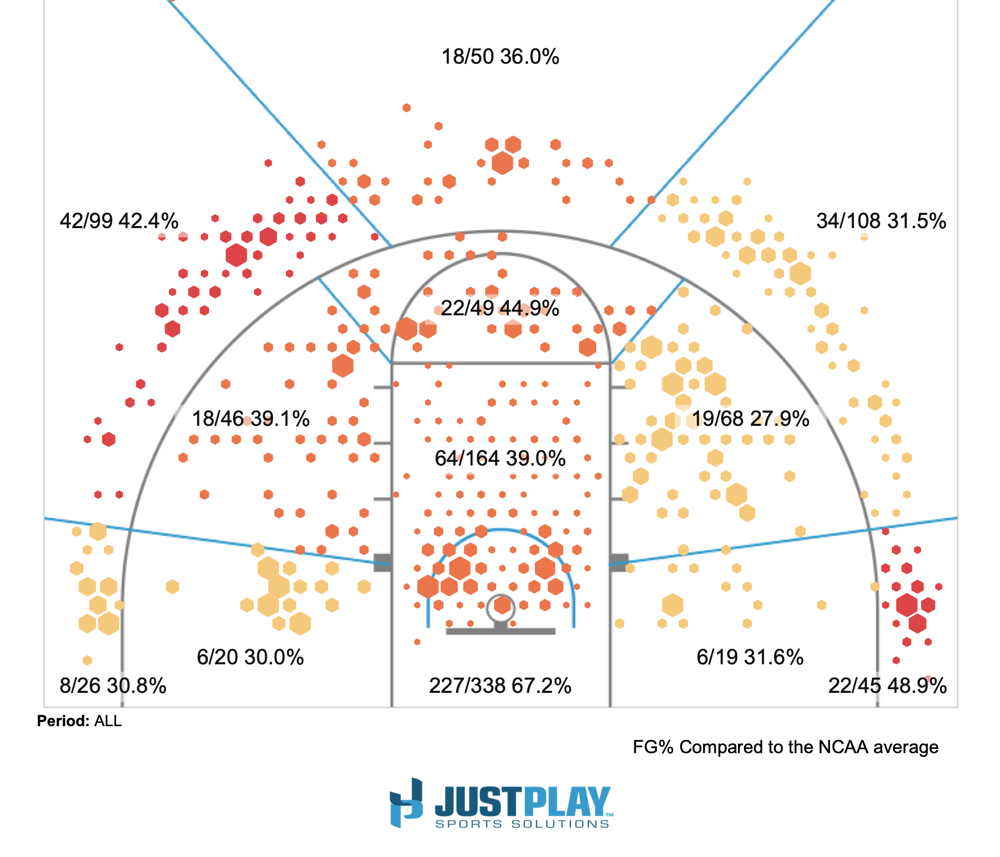 All of these factors together show a team that is very effective offensively. One of the few differences with Rutgers and some of the other highly efficient offensive teams in the country is pace. Rutgers plays at 68.4 offensive possessions per game, which is ranked 266th nationally.

Coach Stringer’s teams have always been stingy on the defensive side of the ball, and this year’s group is no different. They give up only 56.2 PPG, which is in the top 25 nationally. Rutgers is fifth in the nation in steals per game at 12.7 and 11th in blocks per game at 5.6. This team will guard you hard and force you to be patient on offense and then they will steal the ball from you or block your shot.

Playing against Rutgers this weekend will be a difficult task for whichever team or teams have the opportunity. They have only dropped three games this season. In two of those games, uncharacteristically, they allowed their opponents to score 91 points (Maryland) and 90 points (Iowa). Both of those games were in December, and since the calendar flipped to 2021, the Scarlet Knights have not given up more than 63 points in any game.

Rutgers is coming into this tournament a little under the radar, but with a bye into the quarterfinals, a nine-game winning streak, and an absolute legend leading the team, I am not sure I would sleep on the Scarlet Knights.