Built to last: It’s about more than winning games 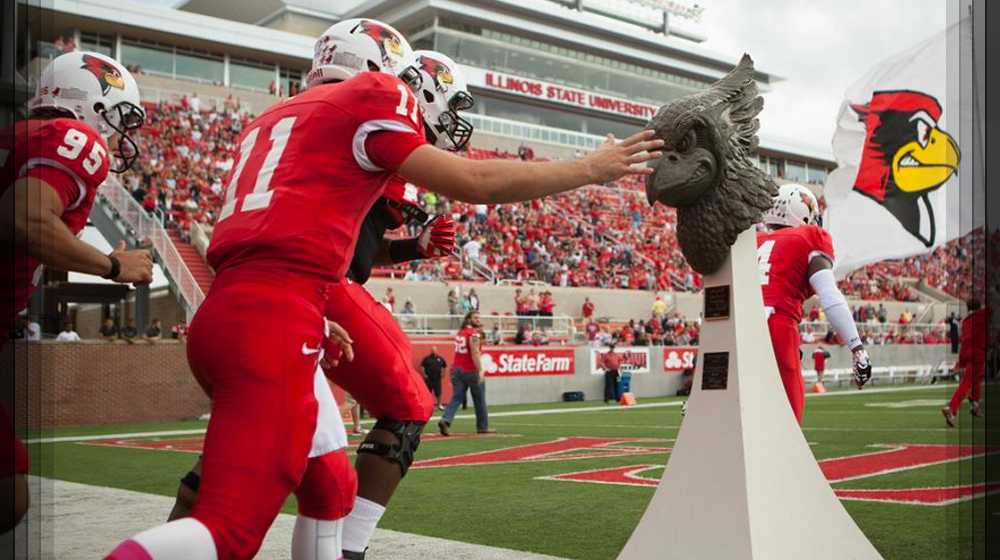 For Jake Schoonover, it has always been about more than becoming a football coach, teaching drills and winning games. It’s about becoming a mentor to young college athletes and to help them discover their potential during a time of transition.

Tell us a little bit about your background.

I grew up playing sports; basketball, football, baseball track, you name it. It’s been in my family since we were little; my siblings and I are five for five when it comes to playing college sports. Three of my brothers played college football, and my sister played college basketball. At Missouri Western, I had the opportunity to play basketball and football, but my passion was with football. I played linebacker all four years and loved every minute of it. After a couple of GA positions post college, I knew that my path was leading me to a career in coaching.

What have you based your coaching foundation on?

Really my faith has been my coaching foundation. I feel like coaching is a platform for me to be used as an instrument to help young men understand what’s right and wrong. These guys are between 18 and 22 years old, and they’re beginning to turn into men. It’s their first time away from their families, their structure and routine. They need new structure and new mentors, people to teach them what’s right and wrong, and ultimately that’s why I wanted to get into college coaching, to help kids reach their goals, reach their potentials and become contributing men in society. Oh yeah, and of course to produce better football players!

So, you’re AC for both linebackers and special teams. Are there differences in your approach?

I’m coaching punters, snappers, kickers, and there’s a lot of different blocking techniques, coverage techniques and tackling. Every aspect of football goes into these roles because they happen so fast and you have to prepare for every scenario; it’s a lot of timing and technique.

Linebackers are a bit of a different breed. When you’re coaching linebackers, the picture is always moving; you’re not hitting a still object, you’re trying to tackle another player that’s moving and it’s an uncontrollable variable in the situation. You have to teach linebackers anticipation, teach them what’s coming, not what’s standing there right in front of them.

The natural wear and tear of playing football is matter-of-fact, and that’s something I’ve tried to be very aware of when it comes to preparation. You can only give each player a certain amount of physical reps because when you start wearing them down on top of what they’re already doing out on the field during games, and they get hurt. So, we’re trying to find ways to give them mental reps, and Just Play has allowed us to develop that part of our preparation. Our athletes are able to lay in their bed or on the couch and get those mental reps in with film and diagrams.

We have a complex defense, we ask our linebackers to make a lot of calls, we have to be able to put that in their brains and put that in front of them so they get it right. We’ve seen a huge difference in our guys, just the memorization part of it. When they’re out on the field, you look at them and know that they’ve seen this play before and you see them execute the play exactly how it should be because they’ve seen the diagrams. That’s been a huge value add for us.

Is the whole team adapting to using Just Play?

The whole team uses it and it’s been really valuable to all of us. It’s great because every position has a different part they need to focus on; some positions utilize the quizzes more, others live in the diagrams and videos. But the fact that everything is in one spot on one application, instead of having to physically hand everything out, has saved countless hours for our staff.

We’re able to create quizzes and put timeframes on them, because on the field there’s a timeframe and you don’t have an hour to stare at it; so, having the timer on it and having the clip in the quiz is extremely valuable to help kids prepare for the urgency on the field.

What can you tell us about the mental preparation that Just Play offers?

Today, these athletes are used to having information at their fingertips and a lot of them don’t respond well with pen and paper or looking through a book. They want to have it on their phones, iPads and computers. So, it’s really helped us adapt, and it’s exciting for the kids because they relate to it and they’re used to it.

Not to mention the cost savings it has saved our program. Before, we were spending nearly 15k on paper and printing when it was all said and done. Because throughout the season, we’re always adding stuff, making tweaks, making game plan adjustments, and you get to where you’re just passing stuff out to kids and they’ve got papers flying because of reprint after reprint; it becomes an expensive mess.

So, to be able to have it all in one spot and say this is what we’re doing, this is everything you have to worry about. Just Play is providing substantially more value and replacing cost.